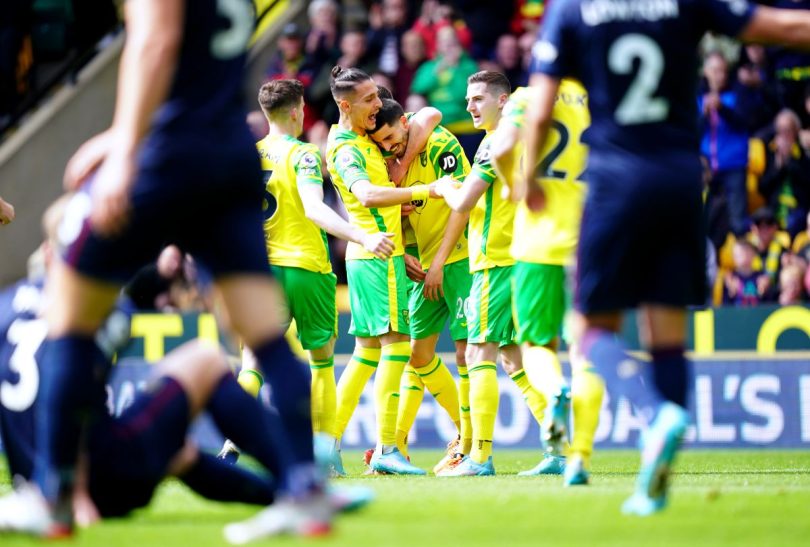 Dean Smith was pleased that Norwich showed some struggle to beat relegation rivals Burnley 2-0, but admitted survival in the Premier League remains a “difficult challenge” for his club at the bottom of the league. table.

Pierre Lees-Melou’s wide shot in the ninth minute put the Canaries ahead at Carrow Road and Teemu Pukki wrapped up the points in the 86th minute with a serene finish.

Burnley had their moments and Maxwel Cornet missed a great opportunity to equalize in the second half, but it was Norwich who ended their long run without a win.

A first win in 10 attempts was not enough to lift the hosts from the bottom and they are seven points behind, but Smith praised his team’s spirit.

“It was nice and important to get the performance and the result because it shows everyone in the locker room, but the most important thing for the fans is that we are still fighting,” he said.

“We have never given up the challenge and it is a challenge.

“I have to be realistic about how difficult the challenge will be, but I have seen challenges overcome many times.

“None more than my assistant Shakey (Craig Shakespeare) with Leicester, so who knows if you win two or three on the spin, the world and the table look in a different place.”

The great escape from Leicester in 2015, where they had been bottom for most of the season, has long been a benchmark for Norwich given the arrival of Shakespeare alongside Smith in November, but with games to come running out, it felt like a last-chance lounge when 18th-placed Burnley visited Norfolk.

Any momentum the visitors built from a crucial midweek win over struggling Everton soon faded as Lees-Melou’s effort veered off Josh Brownhill and into the bottom corner.

After a brilliant start at Norwich, Burnley improved, but the back defense was followed by Pukki’s ninth goal of the season as a wonderful pass from Mathias Normann split the defence.

The next step for the Canaries is a trip to Old Trafford on Saturday, but Smith, who posted a 1-0 win there for Aston Villa in September, is positive.

He added: “I already won there, why not go there and win again?

“I thought we were very close against them here and I still resent the penalty that was given for United to win the game. We certainly did not deserve a loss in that game, but it will be a difficult task, we know, but we will not avoid it.

“We’ve just had two clean sheets, which gives us confidence and we need to bring that to Old Trafford.”

Burnley boss Sean Dyche was frustrated his side were unable to take advantage of Wednesday’s 3-2 win over Everton and with the Toffees able to beat Manchester United on Saturday, the gap between the Clarets and safety was back to four. points.

“The feeling is that it was a big step forward for the week and a big step back today,” Dyche said.

“After a really strong second half against Everton and winning, we came here and couldn’t build on that. We couldn’t find clarity in the final third, which has been the story of our season.”

The key moment came in the 65th minute when substitute Dwight McNeil sent Cornet off at the far post, but Burnley’s leading goalscorer struck wide from close range.

Dyche admitted: “Obviously Maxwel’s opportunity is golden and they have to come in.

“We had a golden opportunity to change the whole atmosphere of the game and we didn’t take it.”