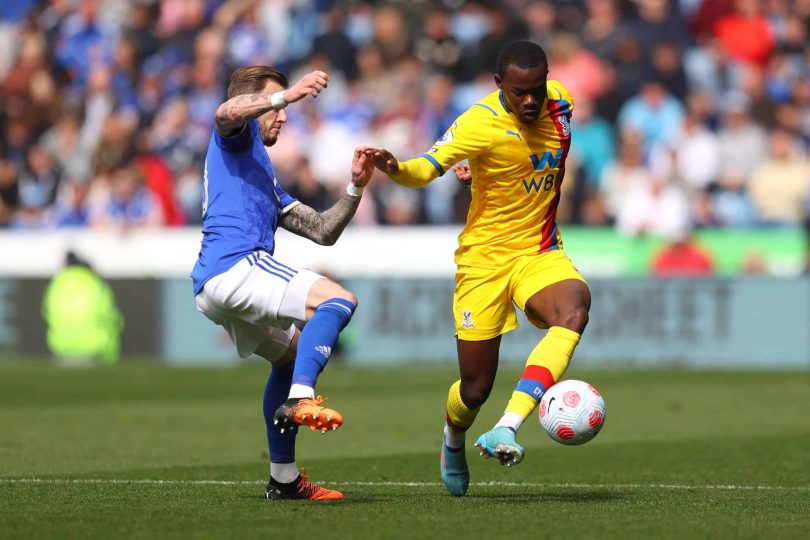 Palace, of course, saw their return to the Premier League earlier today, taking a trip to King Power Stadium to meet Brendan Rodgers for Leicester City.

Late in the first half of the match, the capital team’s chances were dealt a major blow.

This came on Terrick Mitchell, just weeks after he was rewarded for his latest impressive form with his first England call-up, and he walked out of the proceedings with what appeared to be a calf problem.

Speaking during his post-match media assignments at King Power, it came as no surprise, then, when Patrick Vieira was pulled from the left-back’s impressive fitness level.

The Palace boss went on to stress that Mitchell “actually felt something in his calf”, putting the 22-year-old in early doubt for his FA Cup semi-final appearance with Chelsea next weekend.

Terek Mitchell doubts early in the FA Cup semi-finals. “He felt something in his calf,” Vieira said. Therefore, we do not want, of course, to take any risk. And that’s why we’re just making the decision to take it off. But we have to wait tomorrow to see how bad it is.” # CPFC

Lookman among the targets

By bringing attention back to the event itself in the Midlands this afternoon, Palace saw, in the end, five unbeaten games across all competitions come to a head-turning end.

It came as both Ademola Lookman and Kiernan Dewsbury-Hall confirmed Wilfried Zaha’s second-half finish was more than a consolation, as he led Leicester three points from the Eagles in the Premier League table.

When you hit a ball with a cleanliness like this, there is only one possible outcome 🥵

Nothing but net for Leicester’s Kiernan Dewsbury-Hall.

Impressive goal on his left.