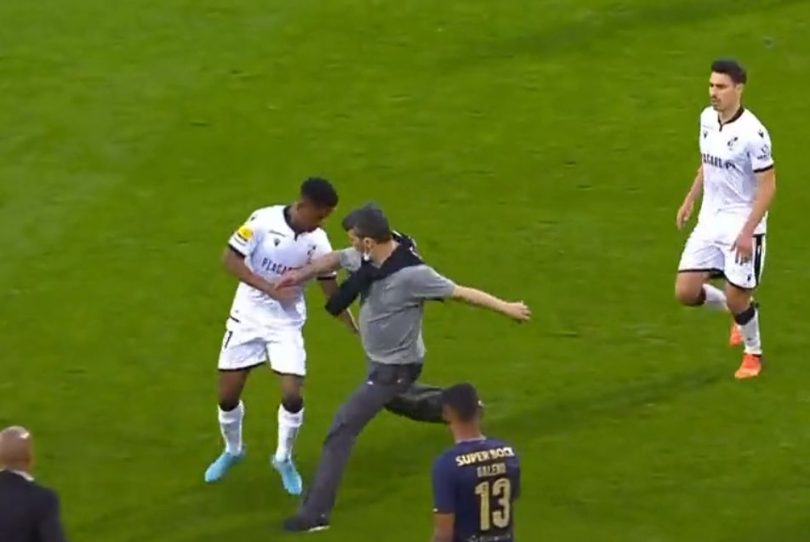 A fan ran onto the field during a match in Portugal between Vitoria and Porto, and proceeded to try to kick several players.

The referee had to stop the match, as the fans were dragged away by security. The fan simply walked onto the field without being stopped, before grabbing a player and trying to kick him twice.

Then the crazy fan turned to another player to try and kick him, before security finally got their hands on him, as shown in the video below.

The match between Vitoria and Porto was stopped after a fan ran onto the pitch and tried to kick a player…? pic.twitter.com/zPAUTHraYw

It is not clear who the man was supporting, or why he did it, but I highly doubt he will be allowed to attend a football match anytime soon.