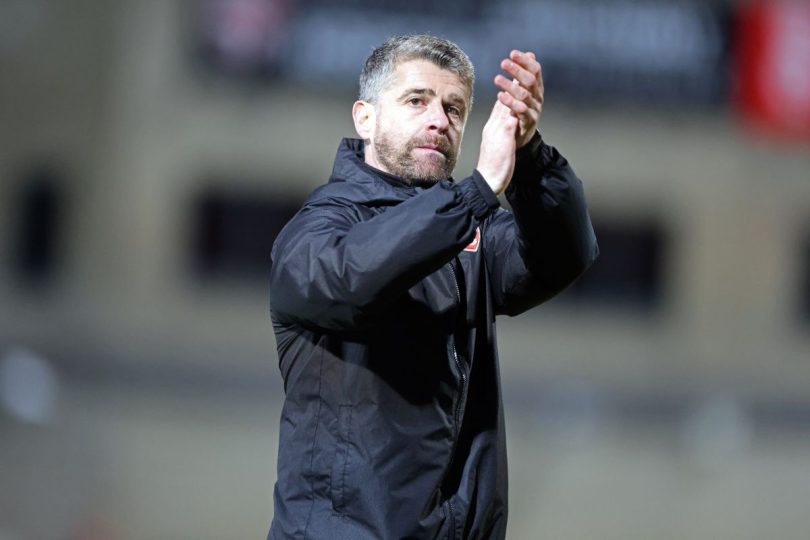 Stephen Robinson insists St Mirren are ready to empty their tanks against Rangers at the SMiSA Stadium as they chase a top six place in the Premiership.

The league splits in two after this weekend’s games and while the Buddies are still in contention to finish in the top half, they must prevail on Sunday and hope other results come their way.

Their prospects will become clearer after Saturday’s games, but Robinson insists that whatever happens, they must aim for victory against Rangers.

“If it doesn’t go the way we want, then yes, we will be disappointed, but our highest result in 22 years is seventh and we have to try and match it. That becomes our goal and then we build for the next season.

“First of all, we’ll take a close look at Saturday, see where the results are, and hopefully we’ll still have that incentive for the Rangers game. If not, we will try to claim seventh place.”

St Mirren are aiming to bounce back from their 4-2 loss at Motherwell last Saturday, but Robinson insists it was not a wasted afternoon.

“We were disappointed with the result. There were a lot of good points in the game, but they are always overshadowed by emotions,” she said.

“I think the players were quite surprised at how positive the meetings were during the week because when you go and look at it, there’s a lot of good stuff. But that was clouded by our defense.

“We collectively know as a group that we need to defend better on Sunday against a very good Rangers team.

“We have taken the positive aspects and worked on the things that we think we can improve. We entered the match in a positive way”.