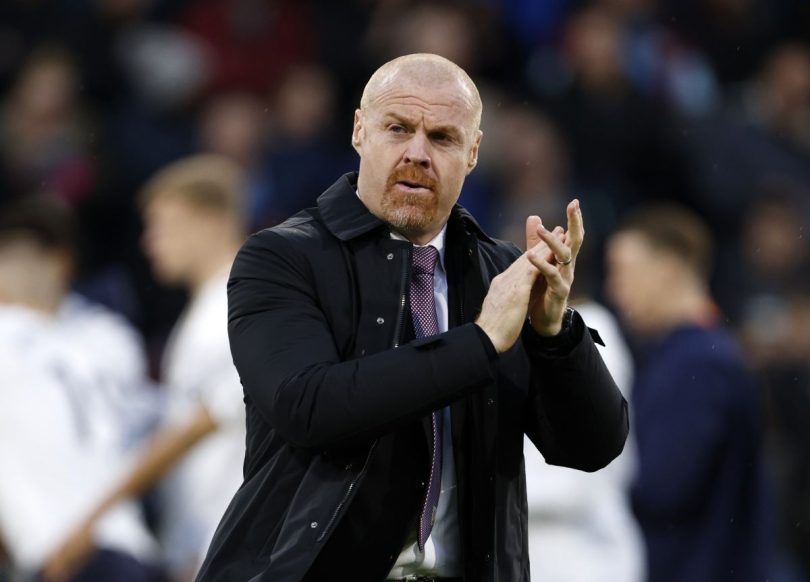 Sean Dyche has underlined the importance of Burnley following up their dramatic win over Everton by showing they can “deliver” again at Norwich this weekend.

Maxwel Cornet’s goal in the 85th minute completed a 3-2 comeback for the Clarets against relegation rivals Everton at Turf Moor on Wednesday.

Ending a four-match losing streak, they rose to 18th in the Premier League when the gap to the 17th-ranked Toffees narrowed to one point.

Burnley now face bottom-placed Norwich at Carrow Road on Sunday, with boss Dyche saying in his pre-match press conference: “We’ve shown we have a strong jaw for many seasons in the Premier League, we’ve shown we can handle situations, we have shown that we can deliver.

“But just because you show it doesn’t guarantee the next one, you have to keep showing it. You have to continue to maintain a high level in training and a high level of concentration when you go out on the pitch. That is the demand of the job.

“We have a pretty well-rounded group here, so they get it, and these are useful things, but they don’t guarantee anything, you have to go out there and deliver.”

Dyche added: “These are tough games, the ‘tough yards’ as (England rugby union boss) Eddie Jones calls it when I speak to him.

“He always says it’s the tough yards, and that’s important during a season: making the hard graft, the miles, the details, putting in the mental and preparation effort, the players sacrificing a lot at this point in the season to focus and give everything to the cause.

“We have experience of that, of tough times and how to handle that, but it doesn’t define the whole season just because you have experience, it’s about going out there and delivering performances every time the whistle blows.

“It was very tight the other night, we got on the right side, we showed a really solid mentality, and that has to be the same for the remaining nine games.

“The last one doesn’t give you the next one, so we have to go to Norwich and perform well again, and add to a performance the details that I think are relevant.”

Asked if he had any advice for Lampard, Dyche said: “I don’t think he needs advice, I wouldn’t patronize any manager with advice. What I would say is that you will find your way, that’s the job.

“It’s not always easy, but no matter what players you have, no matter what noise is around you, focus on the job. I’m sure he’s wise enough to do that. It’s tough, the league is tough, he knows it, I know it.”

Captain Ben Mee (fibula) and fellow defender Erik Pieters (knee) are unavailable for Sunday’s match but could possibly be involved against West Ham the following weekend.

Midfielder Dale Stephens earlier this week was fined more than £3,500 and banned from driving for 12 months after pleading guilty to the charge of operating a vehicle with alcohol in excess of the legal limit.

When asked about that, Dyche said: “That’s life. The players live a life away from here.

“We try to give them good advice about their life here, but when they leave here, they are adults, they live their lives accordingly. Such is life: he put his hands up, took what was coming, and went on with life.”