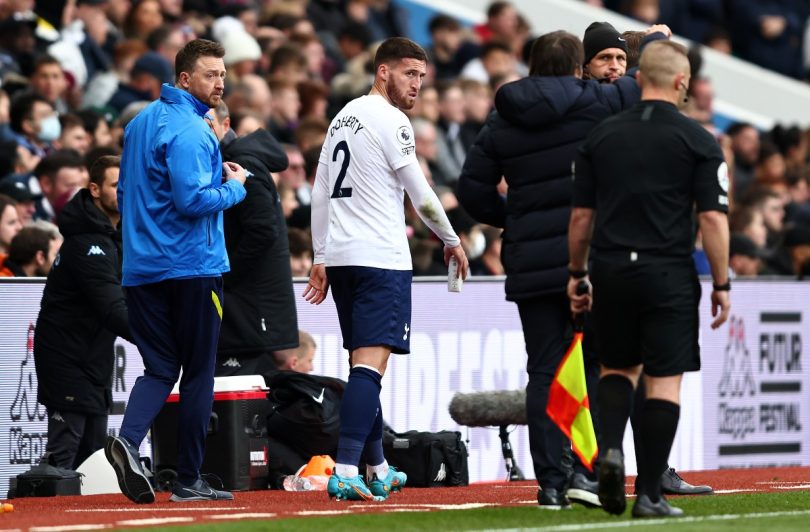 Spurs may have been rocked by the injury of Matt Doherty, who was seen leaving the Aston Villa match yesterday with a knee brace.

See below where Dan Kilpatrick claimed the Republic of Ireland international appeared to be moving “extremely cautiously”, in what appears to be a worrying update…

Doherty has been slow to go to Tottenham but has become a key member of Antonio Conte’s squad with some improving performances this season.

Spurs fans hope this won’t be a serious injury to wipe out Doherty for an extended period of time.