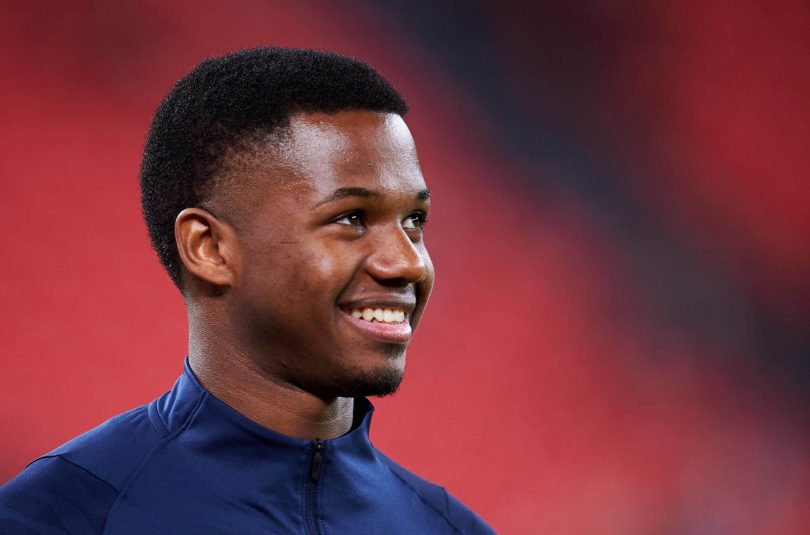 Naturally, the wide Ansu has not featured for Barcelona since late January, confined to the sidelines due to a new hamstring injury during the Copa del Rey meeting with Athletic Club.

Despite this, recent weeks have seen growing excitement across the Blaugrana fan base, with the club’s explosive youth product close to returning to the pitch.

Speaking at a press conference on Saturday night, it was no surprise when Xavi was asked about Ansu’s latest effort to recover.

The Spanish tactic went on to confirm that his talented young striker had returned to the full training of the first team, before the expected return in the Blaugrana colors “soon”:

Xavi: “We are very happy with Ansu Fati training with us. Things are looking fine, and I hope he can return to the team soon.” pic.twitter.com/eHv1sfu9Lq

Any of Barca’s convincing who were therefore hoping to see Ansu back on the pitch as soon as this weekend, however, needn’t get carried away too much.

Xavi and Associates. They are, of course, preparing to celebrate their return to La Liga on Sunday evening, when the Catalans will make a trip to Levante.

Ansu, though, was not part of the travel squad that was revealed across Barcelona’s social media platforms earlier today, with the 19-year-old likely returning to match day duties either in the middle of the week against Eintracht Frankfurt, Or against Cadiz after four days.