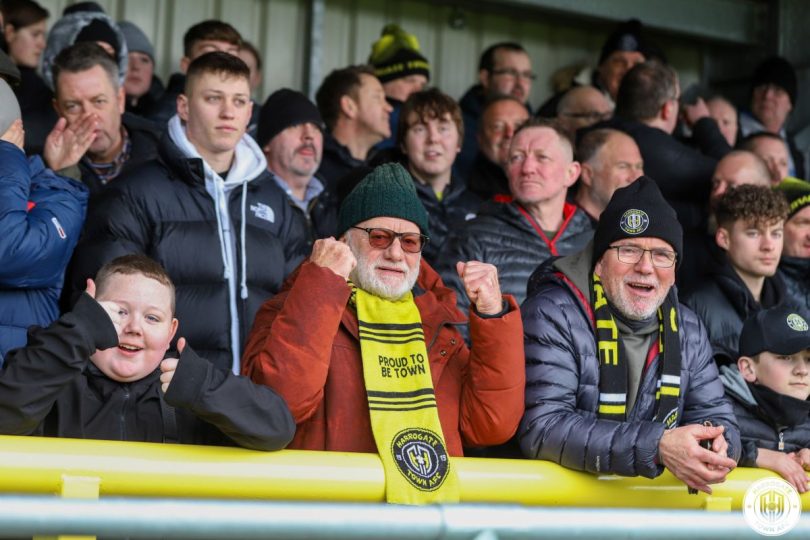 Harrogate will dedicate their Sky Bet League Two home game against Carlisle later this month to their fans as the club’s first ever Supporters Appreciation Day.

The North Yorkshire club, promoted to the Football League for the first time in their history in 2020, have had record attendances both home and away this season.

Harrogate said: “The evening of April 23 will be an opportunity to celebrate a first full season together as one Football League club.

“The day will be packed with photo opportunities, giveaways, fan interaction and exclusive offers from a pop-up store behind the Aon Stand.

“Harrogate Town are encouraging supporters to arrive as early as possible on the day and we hope that they will be able to attend what will be a fantastic occasion.”

Simon Weaver’s team, promoted to the Football League via the National League play-offs in 2020, finished 17th in their first season in League Two and are currently 16th in the table.