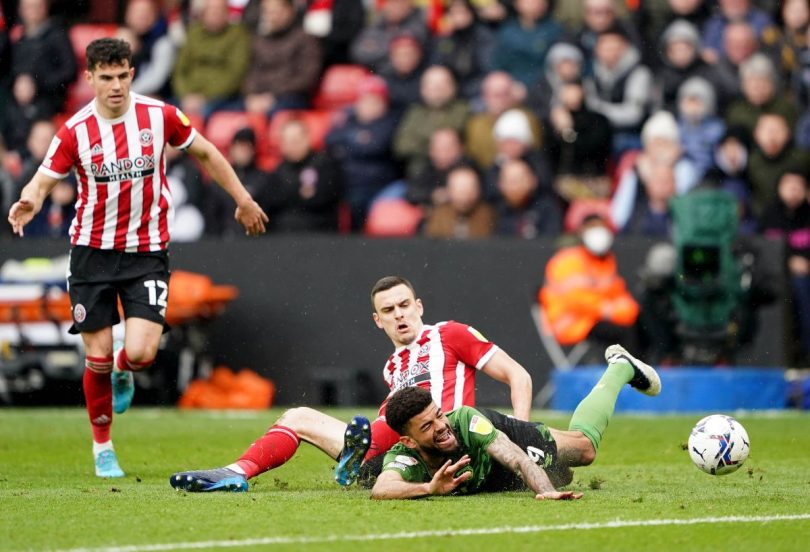 Sheffield United and Bournemouth lost points in the race for promotion to the Premier League after a 0-0 draw at Bramall Lane.

The game was played at a frantic pace despite the endless number of fouls committed, but neither man could break the deadlock, with the home team having the best chances.

The first chance of the match fell on the locals. Enda Stevens received a cross ball before launching it into the area at the first moment of asking; Oli McBurnie reached the end of the delivery, but was unable to direct his header on goal.

Kelly nearly repeated the trick shortly after when the ball bounced off her foot on an Oliver Norwood corner and bounced off a post.

Ryan Christie was the bright spark for the away team in the first half. He sent a chipping, long-range shot toward the goal that Wes Foderingham did well to claim.

It was United who finished the half stronger. McBurnie came close to his first goal since September last year, but his effort was deflected over the bar after a vital block from Kelly.

In added time, Gibbs-White had a beautiful one-two with McBurnie. The former received the ball in the penalty area, but Mark Travers’ strong hand kept the score level.

The second period was marred by intermittent pacing with referee Dean Whitestone holding his whistle close to his lips.

Gibbs-White had the best chance of the game to that point when a slip by Nat Phillips allowed the midfielder to go on goal. Travers did a brilliant job of getting big and pulled off a great save.

A corner from the opposite side caused carnage in the United penalty area, but Kelly couldn’t capitalize and peeked out from 10 yards.

The Blades were denied a late penalty when Gibbs-White was brought down in the box, but strong appeals from the home team were rebuffed.

On practically the last shot of the match, Filip Uremovic sent his half-volley wide of goal that left most of the Bramall Lane crowd head in their hands.