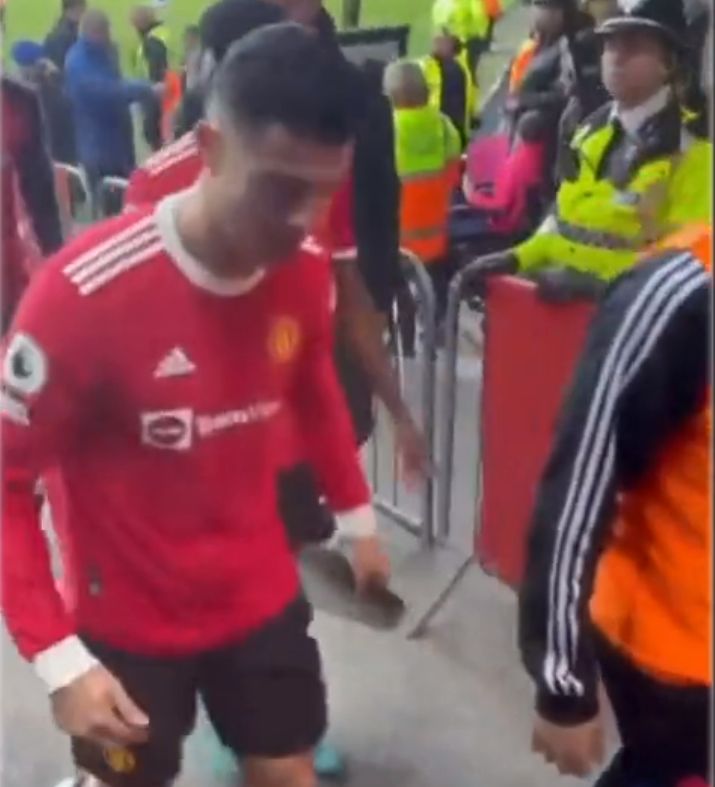 Manchester United are looking into an incident involving Cristiano Ronaldo, apparently stamping on a mobile phone as he walked off the pitch.

Ronaldo was clearly disappointed with his team’s performance against Everton and took it on something on the floor, which was said to be a mobile phone.

Manchester United are investigating the incident, according to Sky Sports, as seen in the tweet below, along with a video of the event.

#MUFC In an incident involving Cristiano Ronaldo and what witnesses said was a mobile phone hit the ground after his team’s defeat at Goodison Park.

There is no doubt that Ronaldo was disappointed with his performance, as well as the rest of his team. The result leaves them only one win in seven, and it looks increasingly unlikely that they will qualify for the UEFA Champions League.